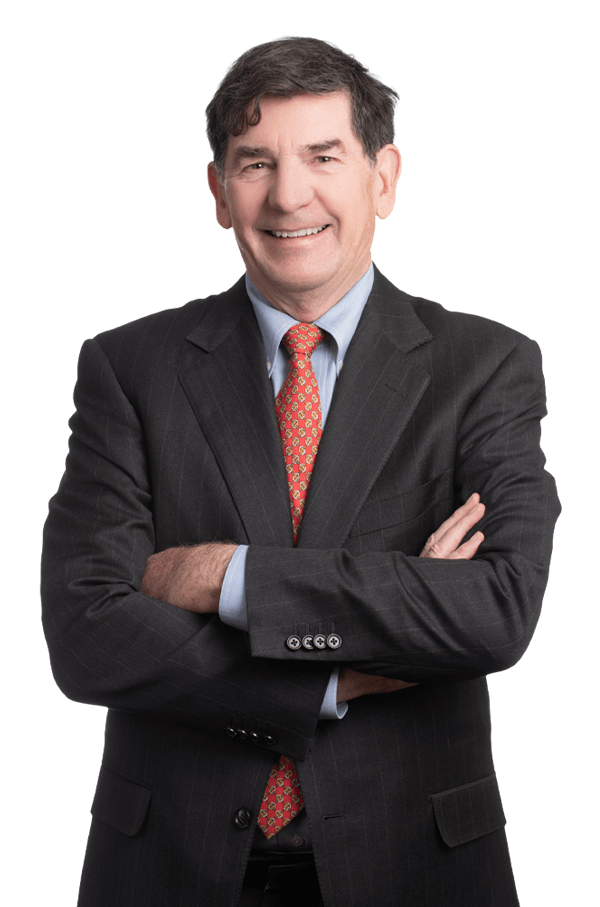 Bob Bartkus, of counsel, has more than 40 years of experience in multiparty business and international arbitration and litigation. In 2020, the Justice Marie L. Garibaldi American Inn of Court for Alternative Dispute Resolution selected Bob for the Richard K. Jeydel Award, in recognition of his civility, professionalism, ethics, and excellence in and service to ADR.

Bob’s leading roles in billion-dollar, front-page litigation have included trial counsel in the Southern District of New York Iranian Assets Litigation, up through the U.S. Supreme Court. Bob took part in one of only two known nullifications of a long-term supply contract on the basis of “frustration of purpose.”

In his alternative dispute resolution practice, Bob has served as sole arbitrator and panel member/chair in a wide range of American Arbitration Association (AAA), International Centre for Dispute Resolution and JAMS matters, most recently including computer/IT, closely held businesses and insurance/reinsurance disputes.

He also has been a sole arbitrator in construction, consumer and securities matters, including at the NASD. Bob has also chaired cases on AAA complex and appeals panels. He serves as a U.S. District Court arbitrator and mediator, including in Superstorm Sandy cases.

Bob also has been a frequent author and lecturer on federal practice and arbitration issues.

Since 2017, Bob and Hon. William A. Dreier, P.J.A.D. (Ret.), have co-authored the New Jersey Arbitration Handbook published by ALM. The 2021 edition of the handbook includes new published and unpublished cases from New Jersey state and federal courts in the past year, commentary on significant out-of-state cases, and landmark U.S. Supreme Court cases through to 2020. Bob is also the originator, co-editor and co-author of New Jersey Federal Civil Procedure (1989-present) and is a co-author of Interim Measures in the United States in Aid of Arbitration, to be published by Juris in late 2021.

In recognition of his professional achievements, Bob has been listed from 2005-2010 and since 2012 on the New Jersey Super Lawyers List, and has an AV Preeminent™ rating of 5 out of 5 as determined by peers who have ranked him at the highest level of professional excellence. In addition, he has been listed in Who’s Who in America and Who’s Who in American Law since 1990 and is a member of the National Academy of Distinguished Neutrals. He is also a member of the New Jersey Law Journal editorial board.

In 2016, Bob was elected a fellow of the College of Commercial Arbitrators, which promotes high standards of conduct, develops best practices, and provides peer training and professional development in the field of complex arbitration.

In his article “Improving Attorneys’ Fees and Interest Awards,” published in the May 2021 issue […]