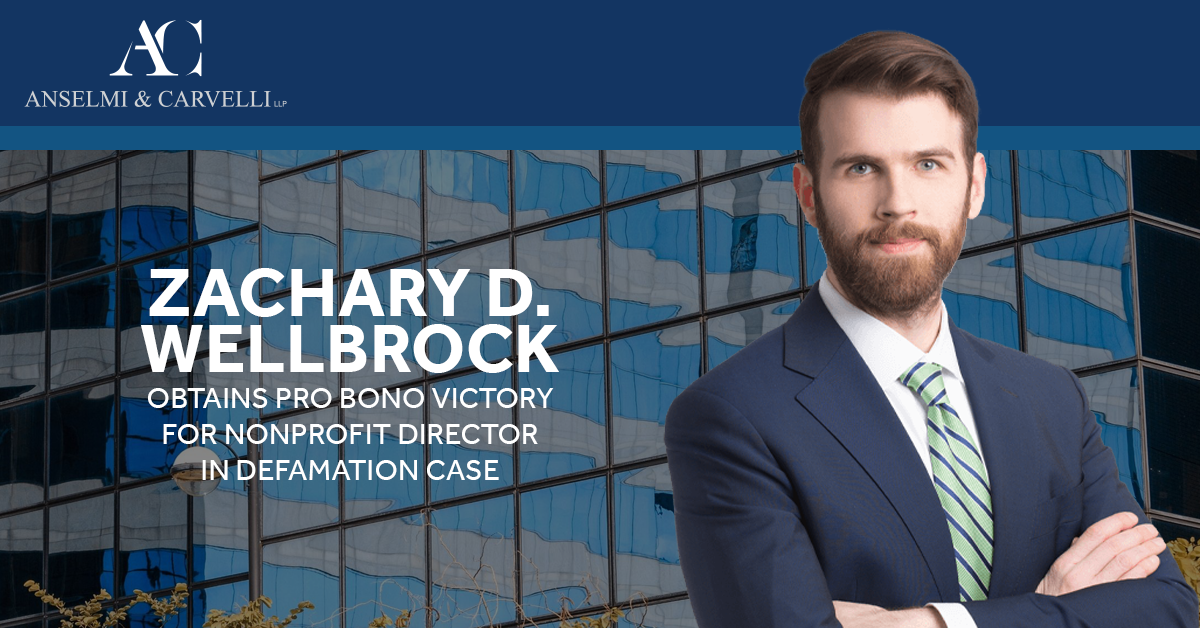 Anselmi & Carvelli attorney Zachary D. Wellbrock, alongside the ACLU of New Jersey, obtained a victory reaffirming freedom of speech rights protected by the First Amendment. Wellbrock and the ACLU of New Jersey represented Adam Gordon, Executive Director of the Fair Share Housing Center, in the dismissal of defamation and conspiracy claims that were brought by former Cape May City Manager Jerome Inderwies in the New Jersey Superior Court for Cape May County.

The case, Jerome E. Inderwies v. Adam Gordon, et al., targeted comments made by Gordon in a news article regarding an investigation of the former city manager in connection with the use of affordable housing trust funds. Wellbrock and the ACLU-NJ represented Gordon to defend his free speech rights and push back against what is known as a “SLAPP” suit, a strategic lawsuit against public participation, aimed at punishing people for expressing their opinions.

“We are very pleased with the court’s decision. We believe that it is the correct result and that it also came at the right time. In a case like this one, having the court review the complaint at an early stage is critical to protecting our constitutional rights. Decisions like this one protect the rights of every person to freely participate in public affairs and be involved in their communities,” said Wellbrock.